House of the Rising Son

This is a song of the damned. Feelings of hopelessness permeate this song and yet for over two centuries, perhaps three, it has moved beyond a blues song to re-emerge over and over into the American mainstream popular music. Paradigm Lost pays tribute by creatively stylizing it to the dark/electronic genre. Haunting baritone and high-register Paradigm Lost harmonies highlight this cover. Features Cody Barney on the organ and Dan Michols on Guitar. 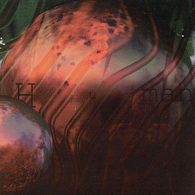 This song, released in 1996, featured the talents of several college buddies of Paradigm Lost including Tim Litchfield, Mike Nieme, Clyde Sites and Russ Mohr (Courtesy of The Outsiderz). 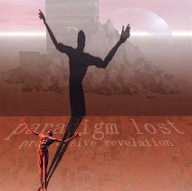 The Crumblenomix album is due October 10th, 2014 but advance MP3 downloads are available to fans on this website. The original songs on this album were a songwriting collaboration between Paradigm Lost and Michael Saul.

The Human album came out in 1997 and was distributed by Orchard/EMI. It is still for sale through the artist or on iTunes and Amazon.

The Progressive Revelation album was released in 1996 and was distributed by Orchard/EMI. It is still for sale through the artist and Amazon.

This completely original Paradigm Lost song is slated to kick off the new Crumblenomix album. Dark and gothic ambient elecronica invites the burdened to share in each other's dark and mystic experiences. It celebrates the wonder and pain, the perseverance and sickness of the human existence.  This track featured Cody Barney with additional percussion and Dan Michols on guitar.  Th

All Rights for images on this site reserved to Paradigm Lost, Shane Matsumoto or iMustBeDead unless otherwise stated.